In February 2022, a series of street theatre programmes,were organised one in each block. The members of the cultural team explained various social security schemes, which are meant for the unorganized workers, of the government and the importance of registering the names of the workers with the Labour Welfare Board in a simple manner through songs and skits. Leaflets were distributed bearing details about social security schemes and the ways and means to enroll the names with Labour Welfare Board.

25th FEBRUARY 2022: Two programmes were conducted on the same day, one in Suriyanur (Kulithalai block) and the other one in Kavalkaranpatti (Thogamalai block)

Suriyanur: It was organized at 11 a.m. in Suriyanur village of Kulithalai block. The panchayat president and the vice-president of Surianur panchayat took efforts in gathering people and they themselves facilitated the programme. In addition, the members of Farmer Producer Organisation also extended a helping hand in organizing the programme. The programme was organized under the shade of a big tree in the village. About 50 people attended the programme and several of them showed interest in enrolling their names in the Labour Welfare Board. 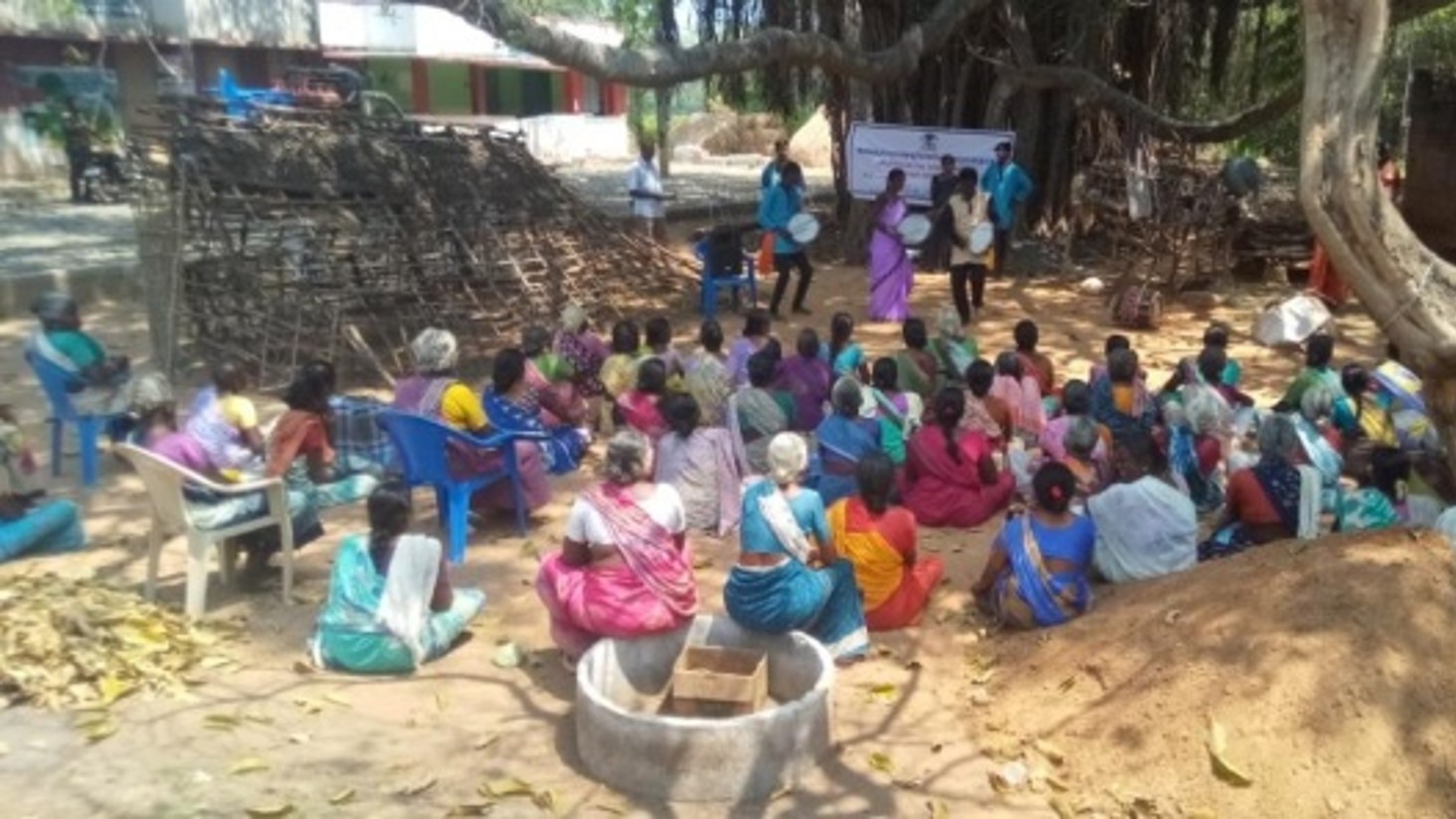 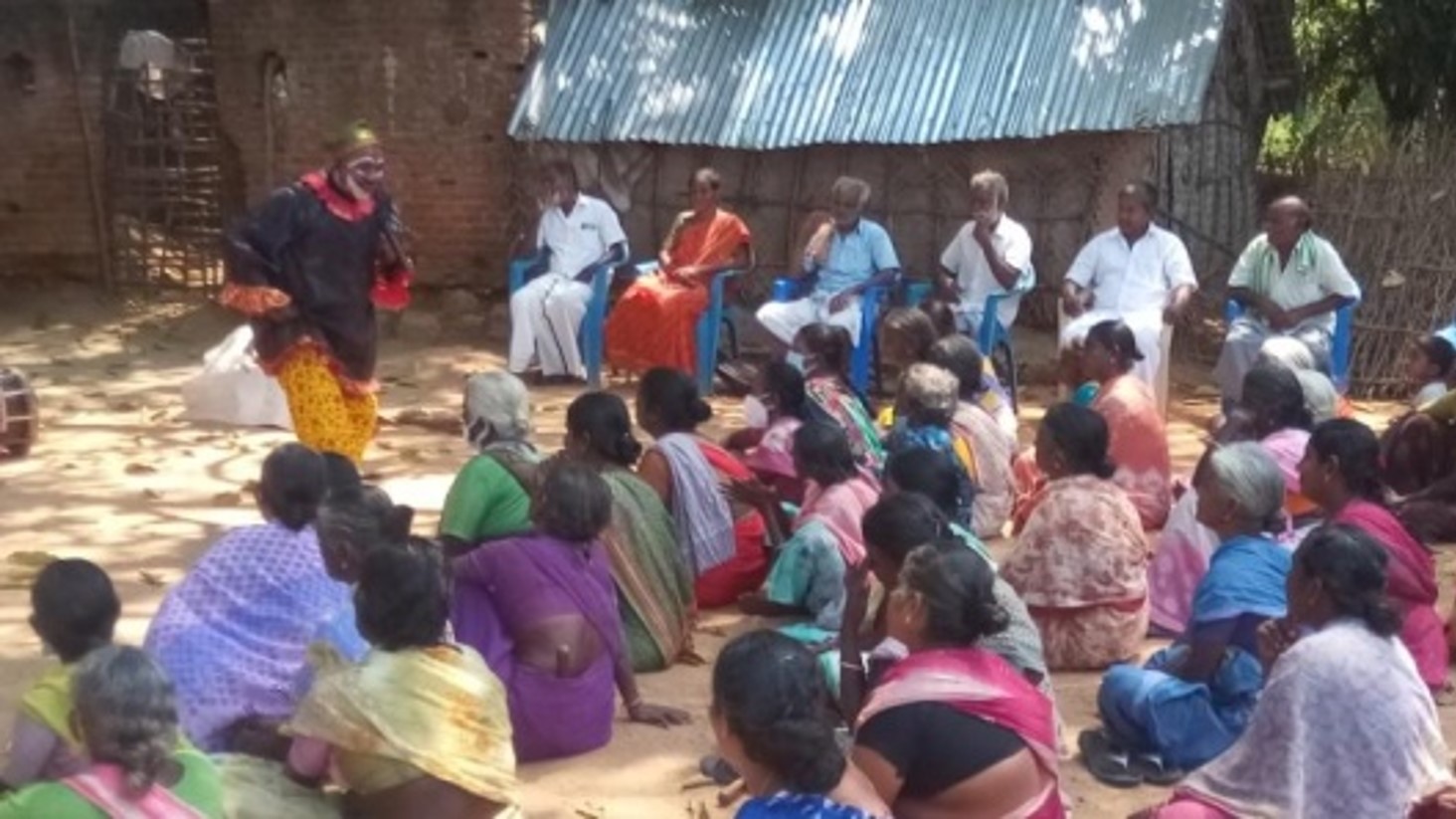 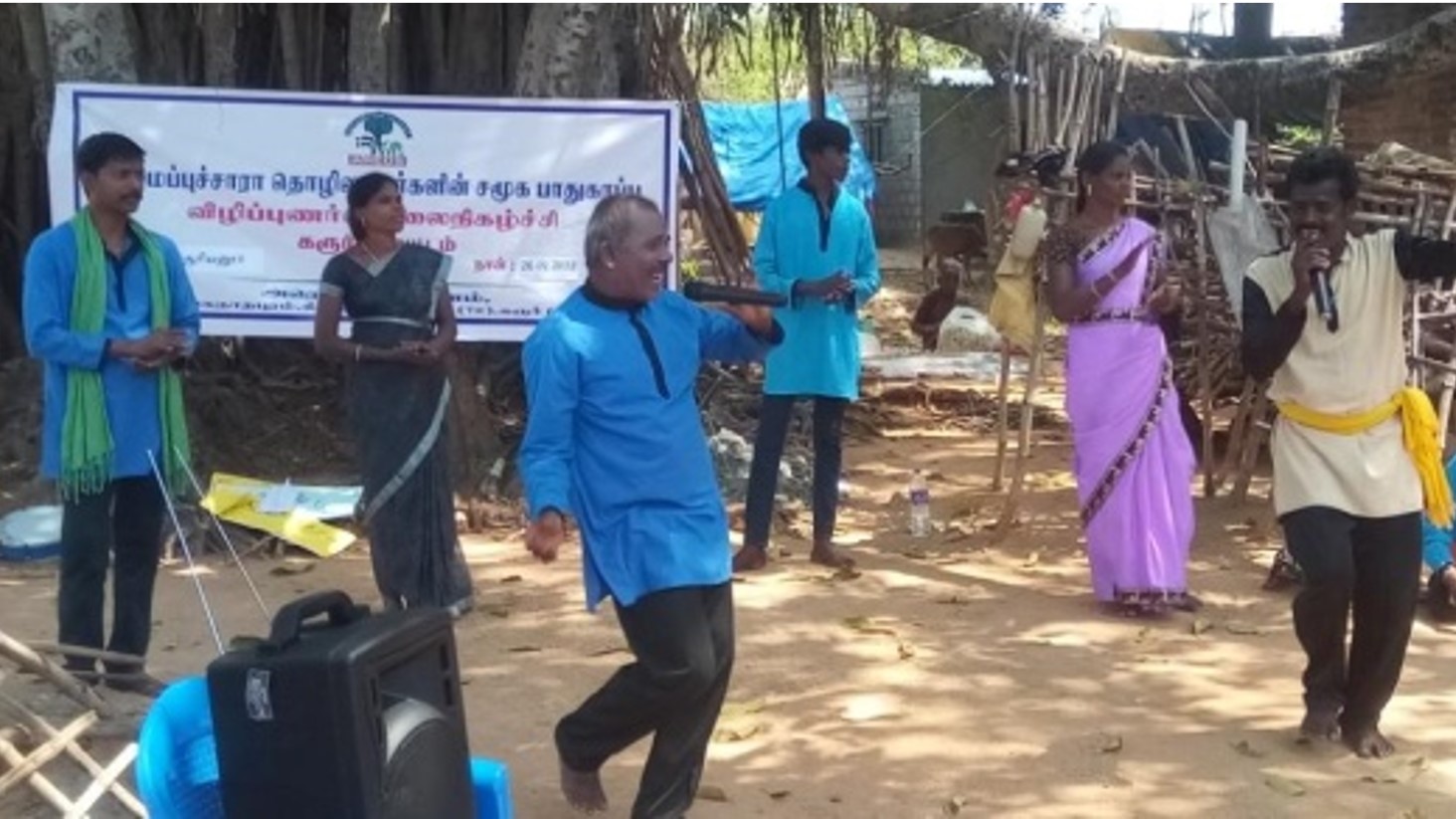 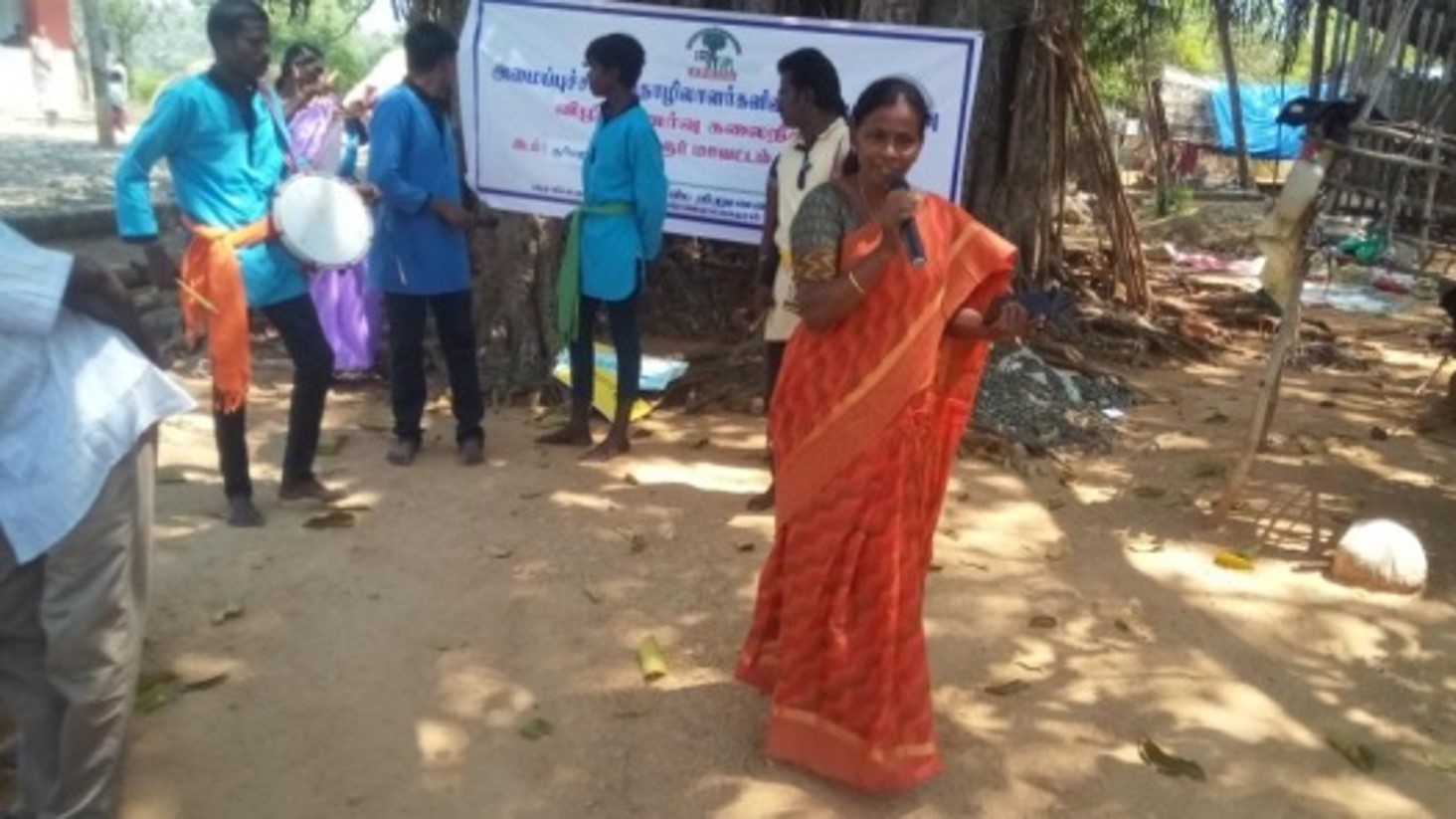 Kavalkaranpatti: The programme was organized at 5 p.m. at a main junction near bus stand. The spectators were of mobile population and about hundred people might be watching the programme. Leaflets were distributed at the end of the programme. After reading the leaflets and after witnessing the street theatre, some people talked to AREDS Team members and got their doubts cleared. There is a browsing centre operating near the spot where the street theatre was performed in Kavalakaranpatti. The youth who run this browsing centre voluntarily expressed his readiness to enroll the applications online. 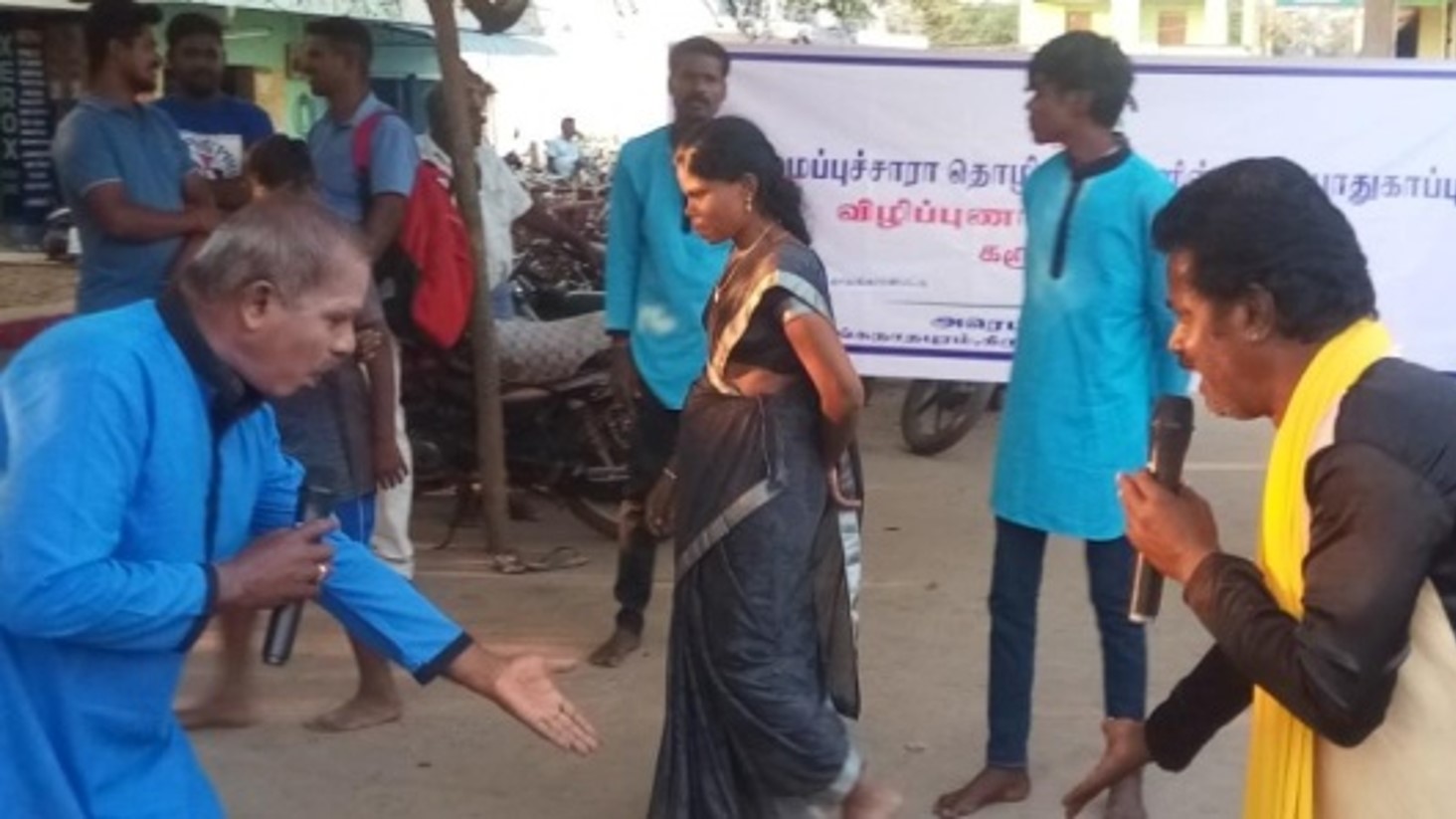 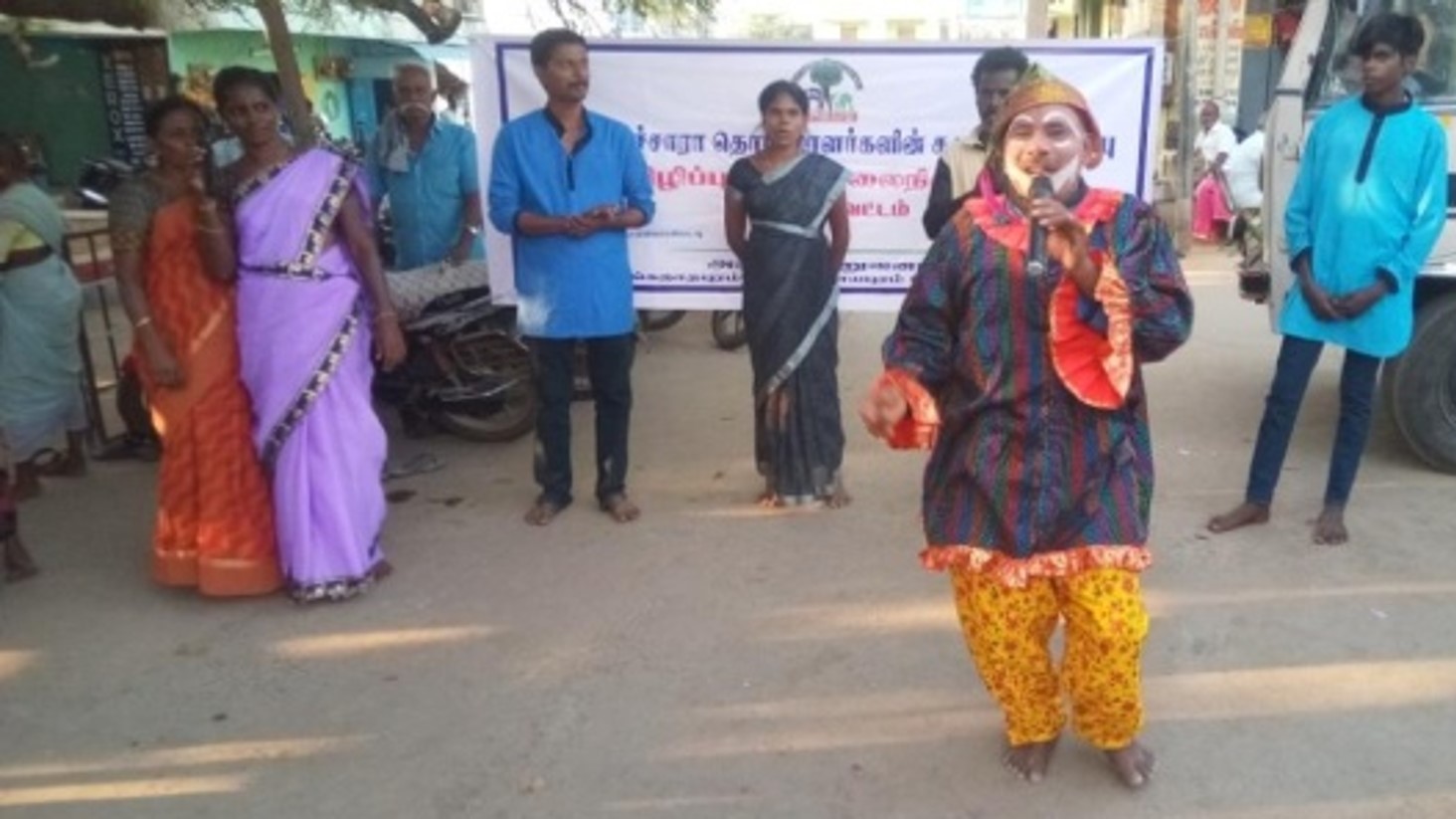 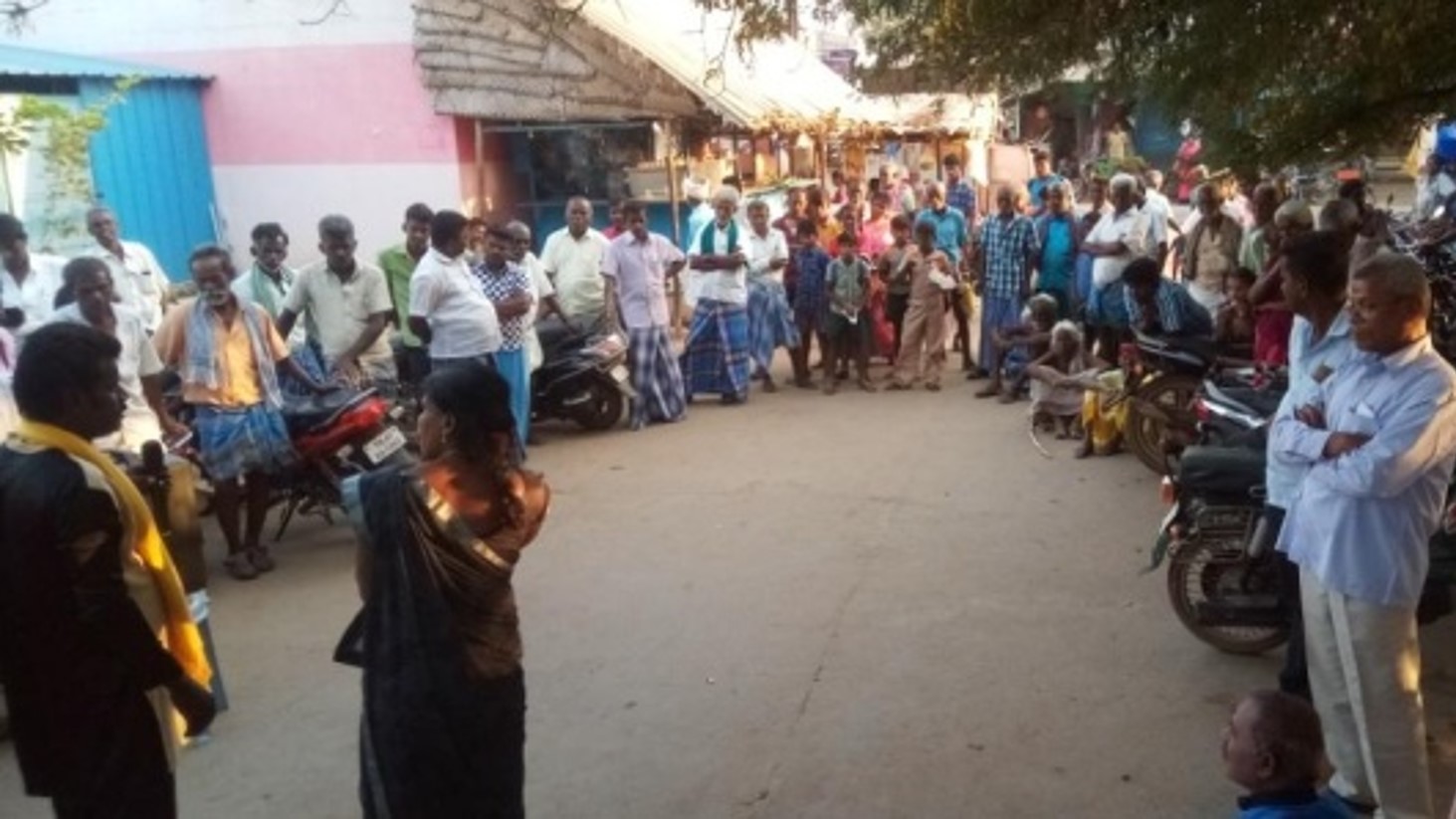 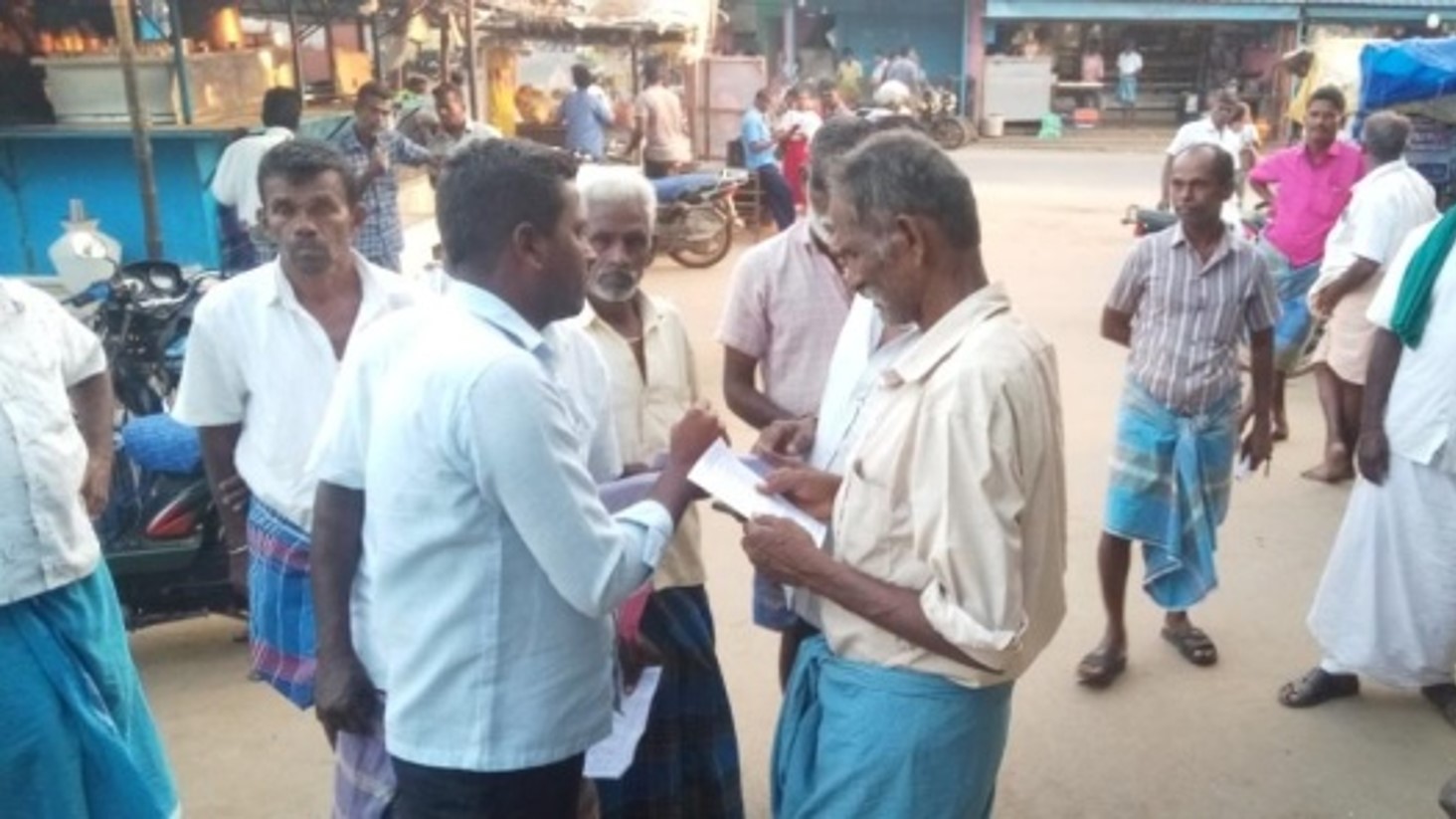 26th FEBRUARY 2022: Two programmes were conducted on the same day, one in Chinnathaaraapuram of Paramathy block and in Pungambadi of Aravakurichi block. In both the villages, panchayat presidents rendered help in conducting the programme. Leaflets were distributed to the people. 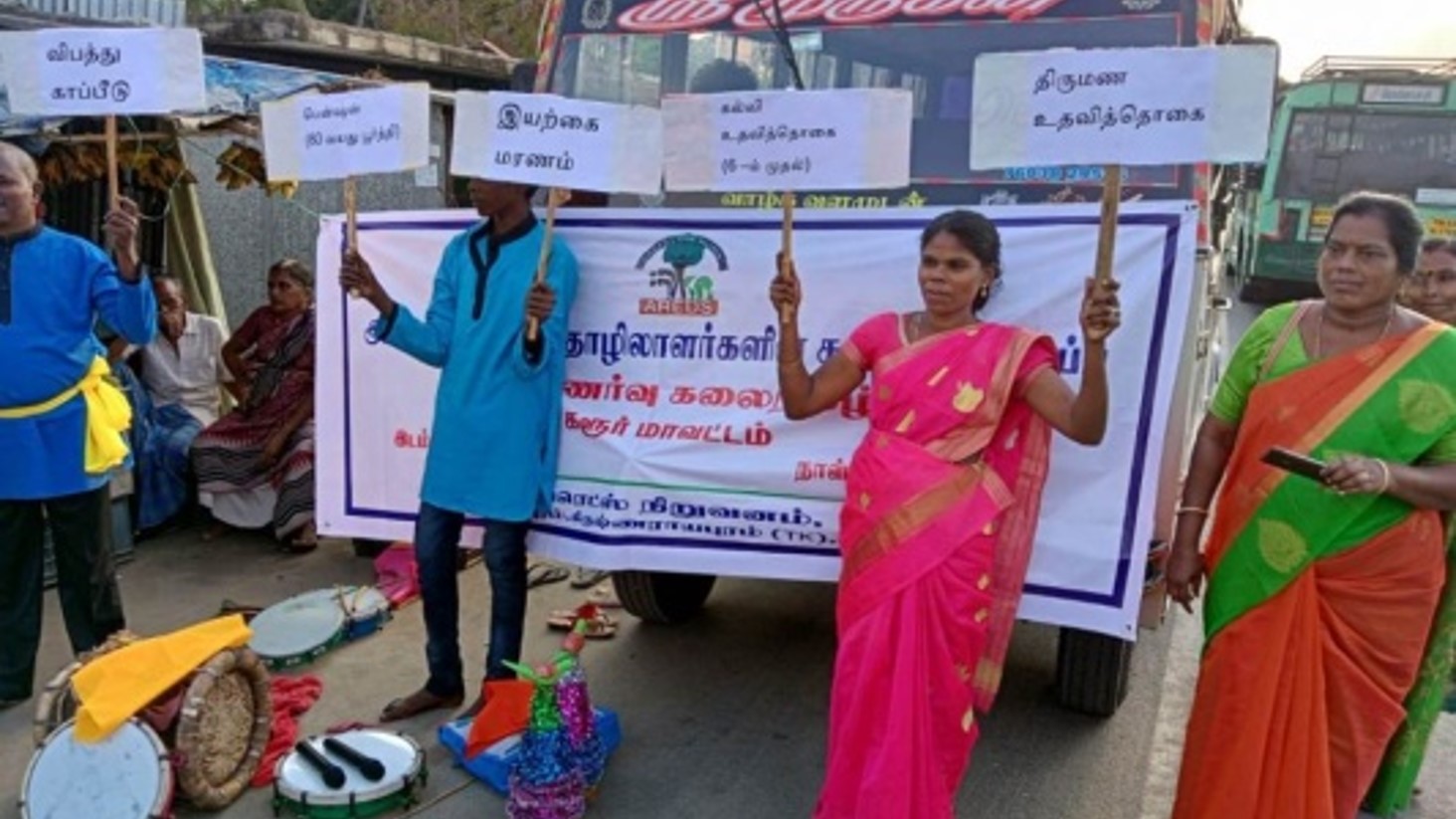 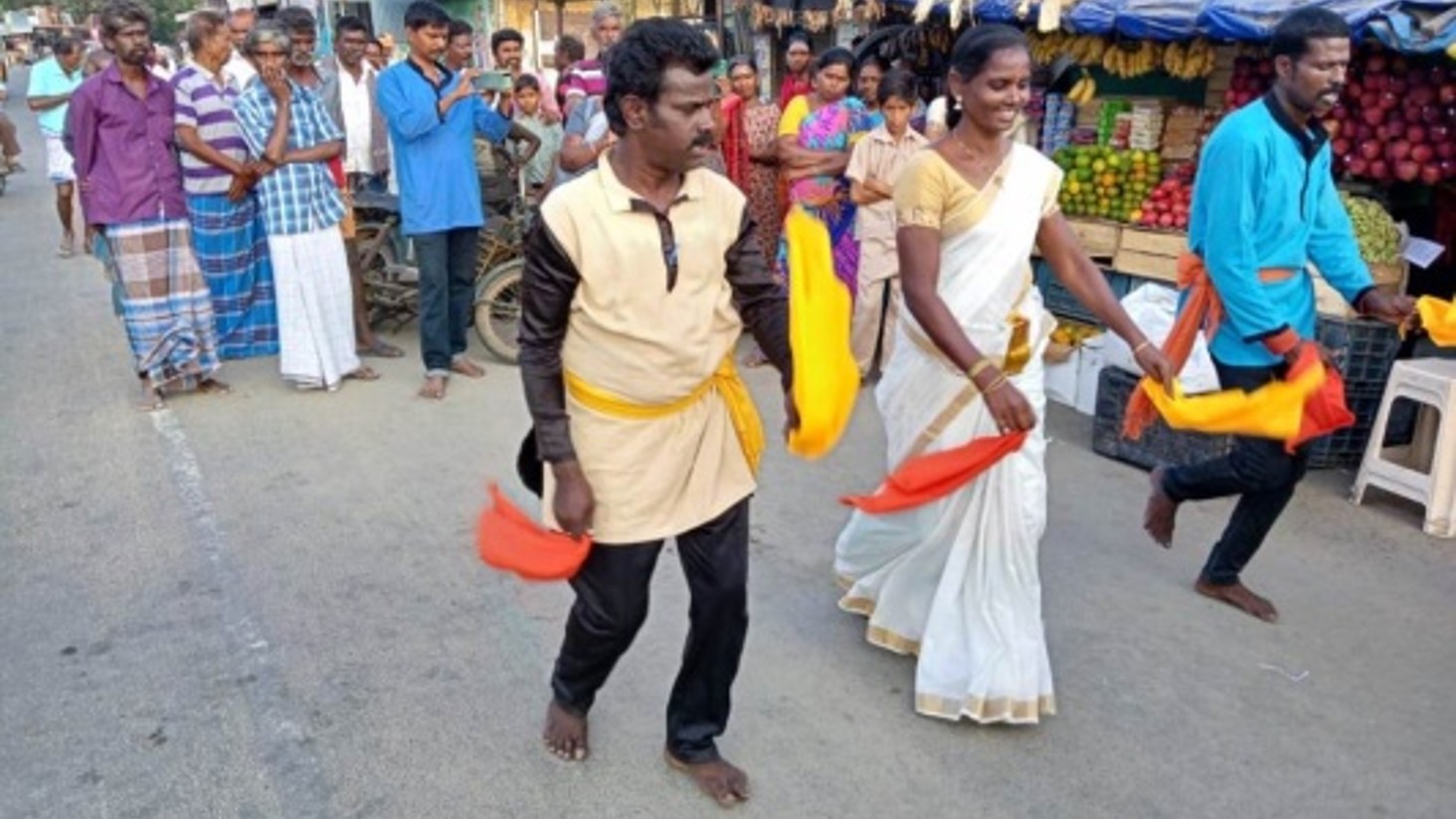 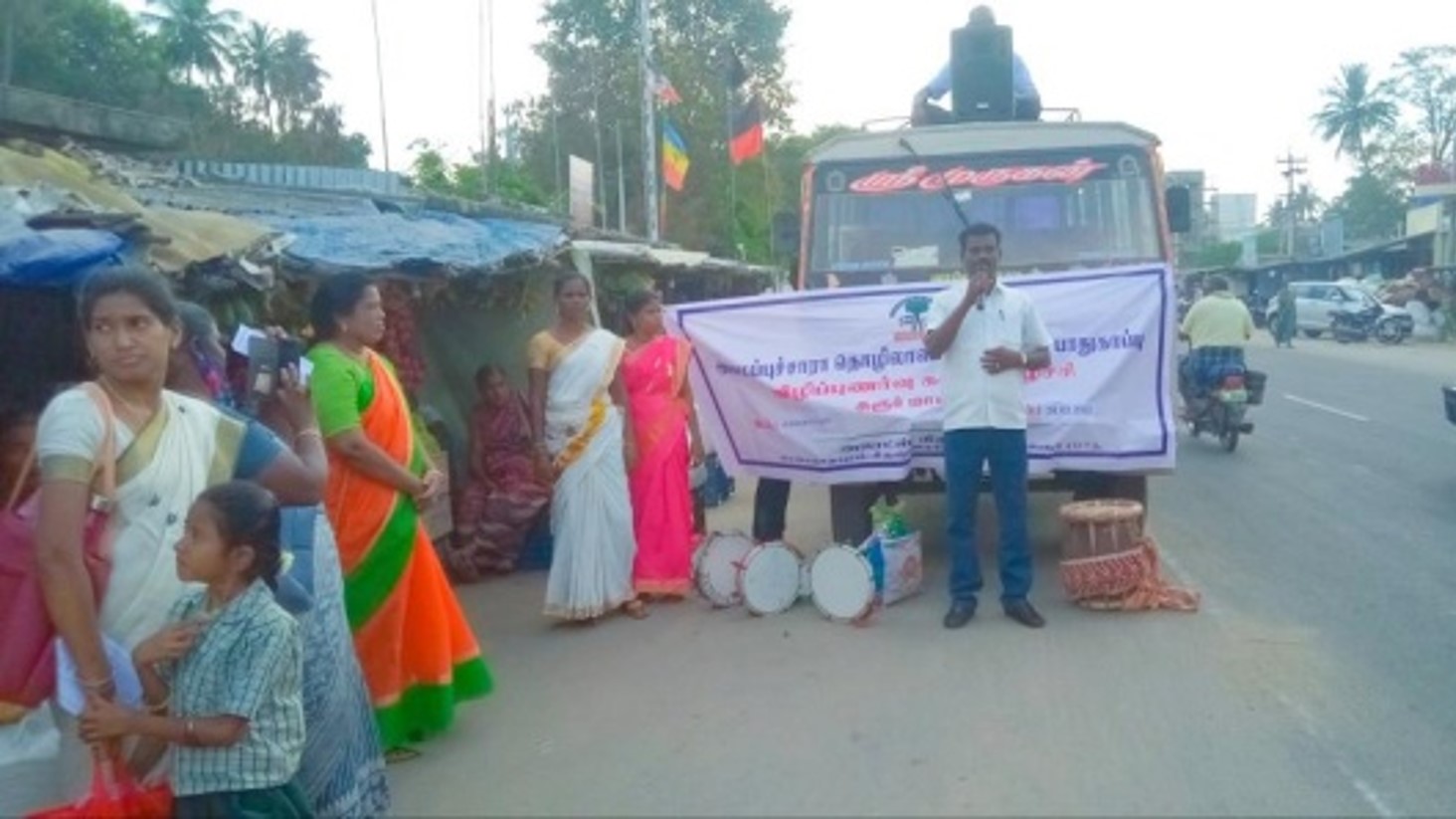 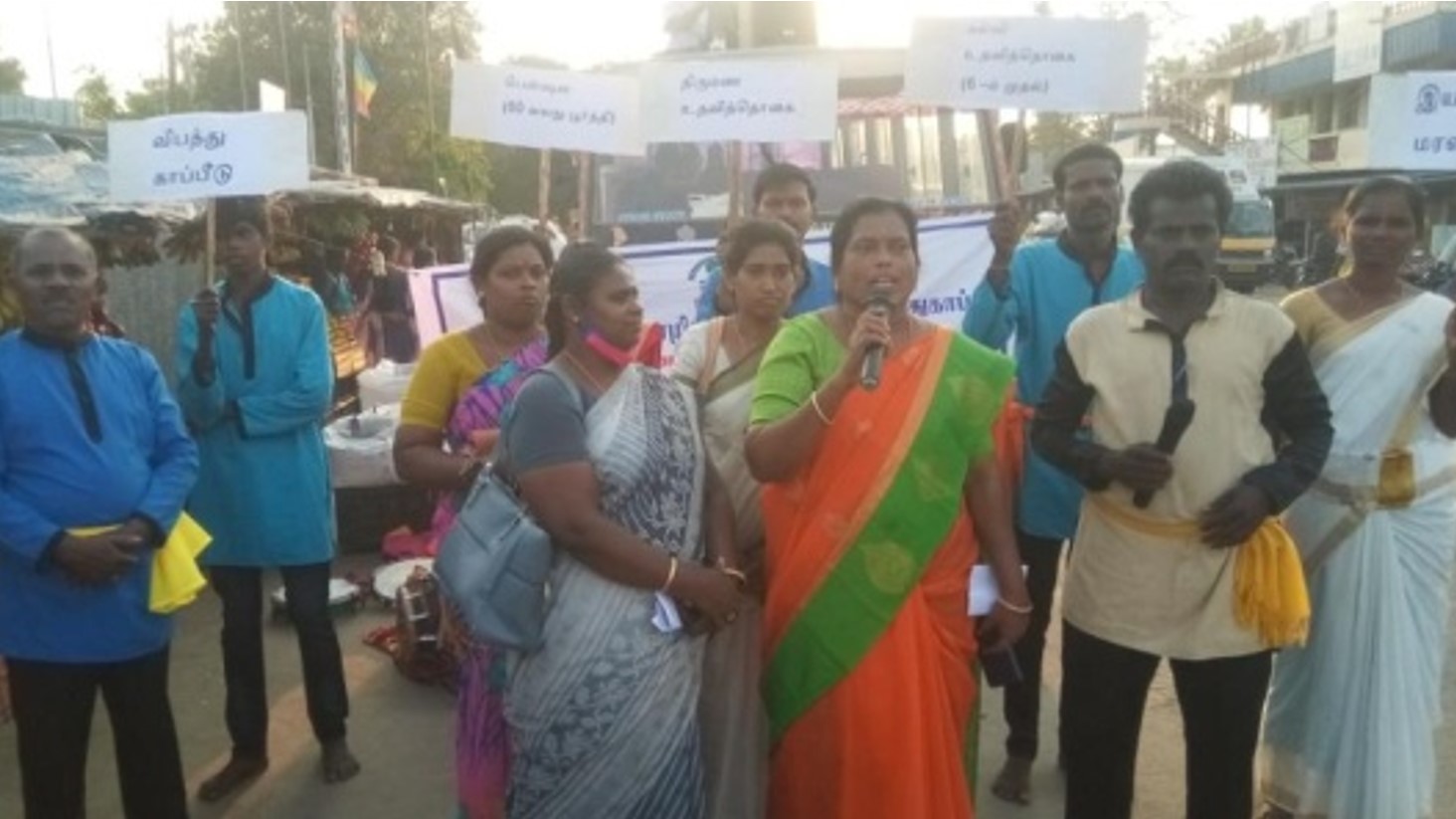 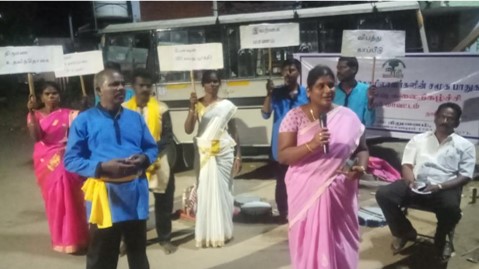 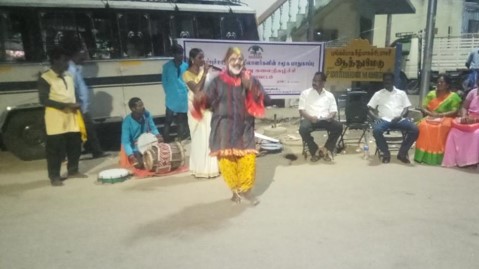 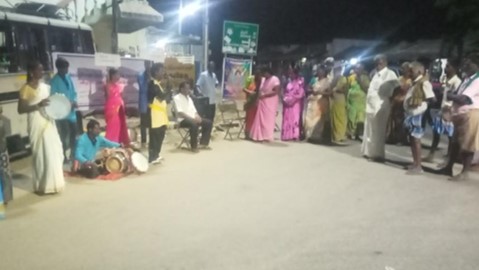 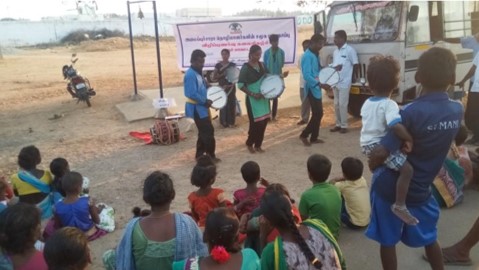 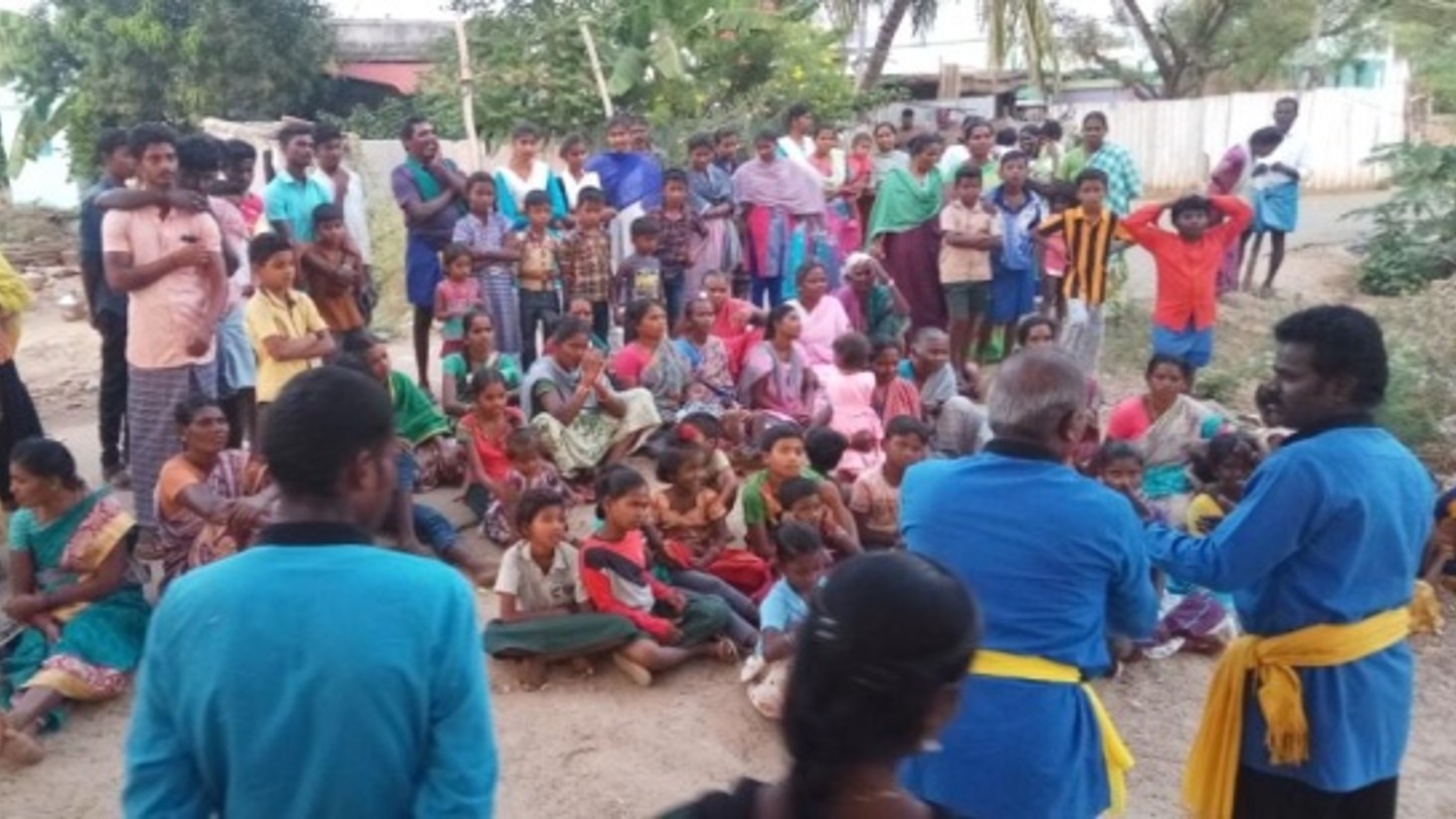 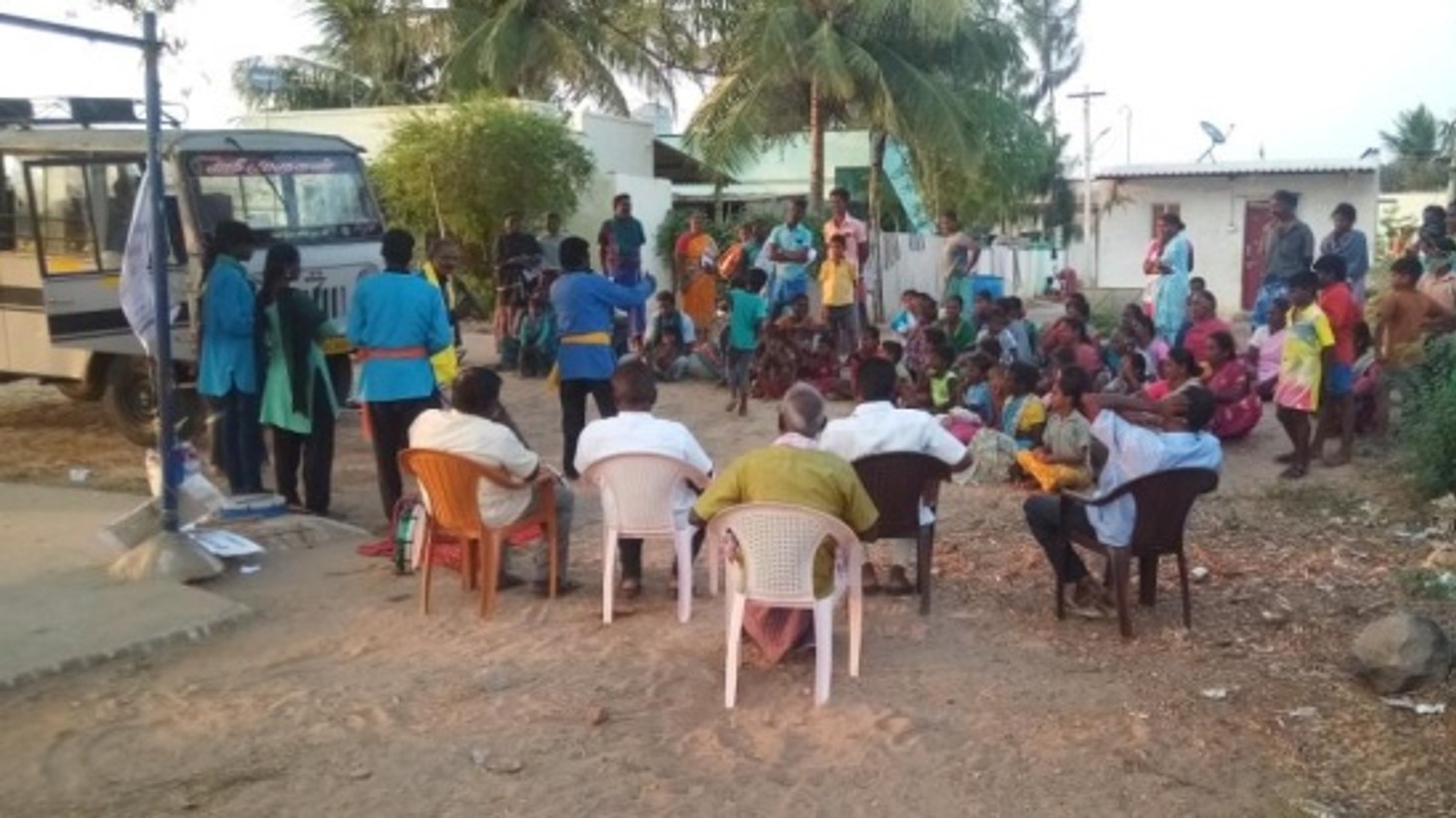 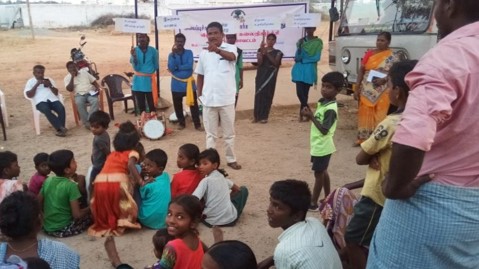 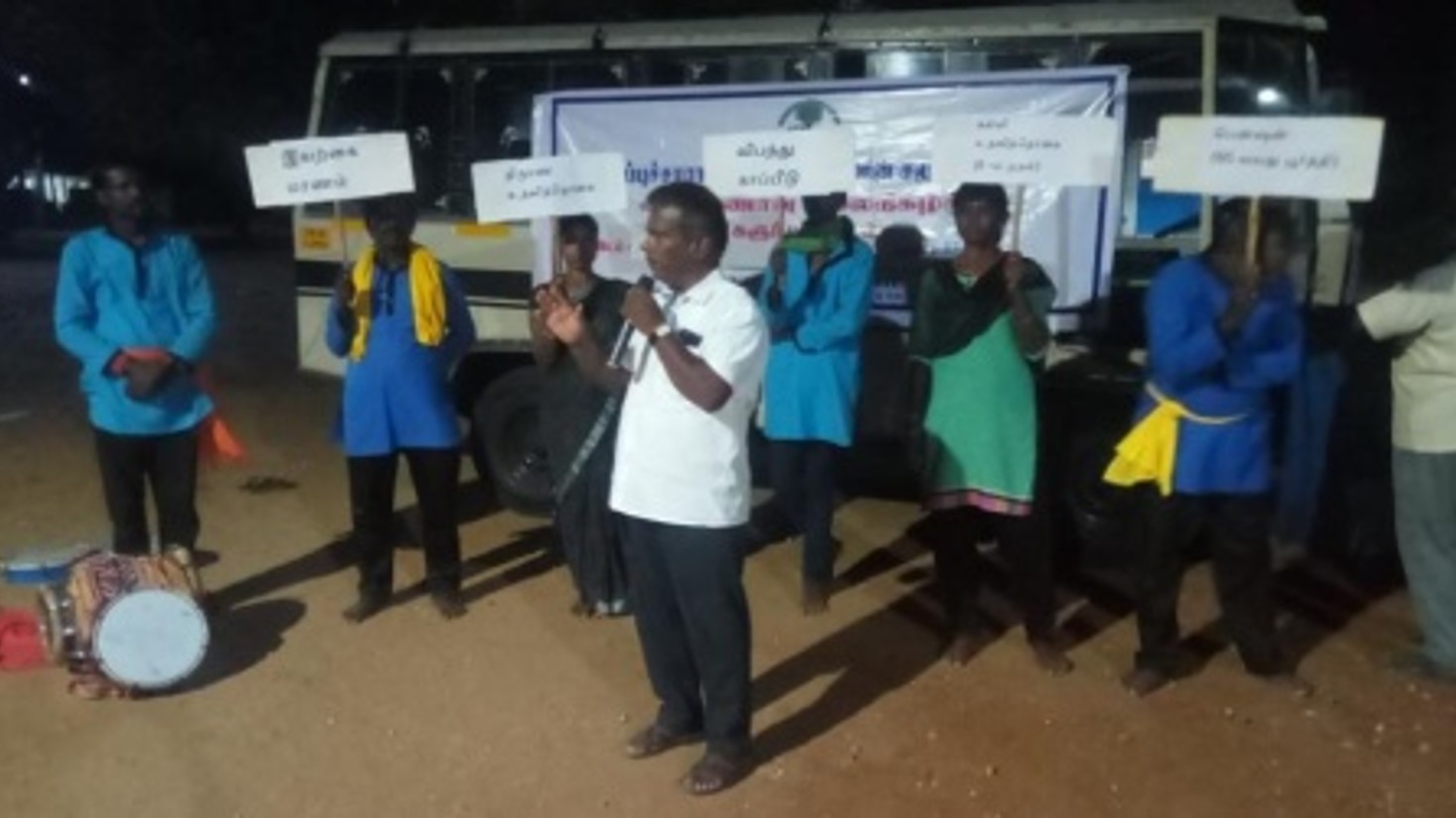 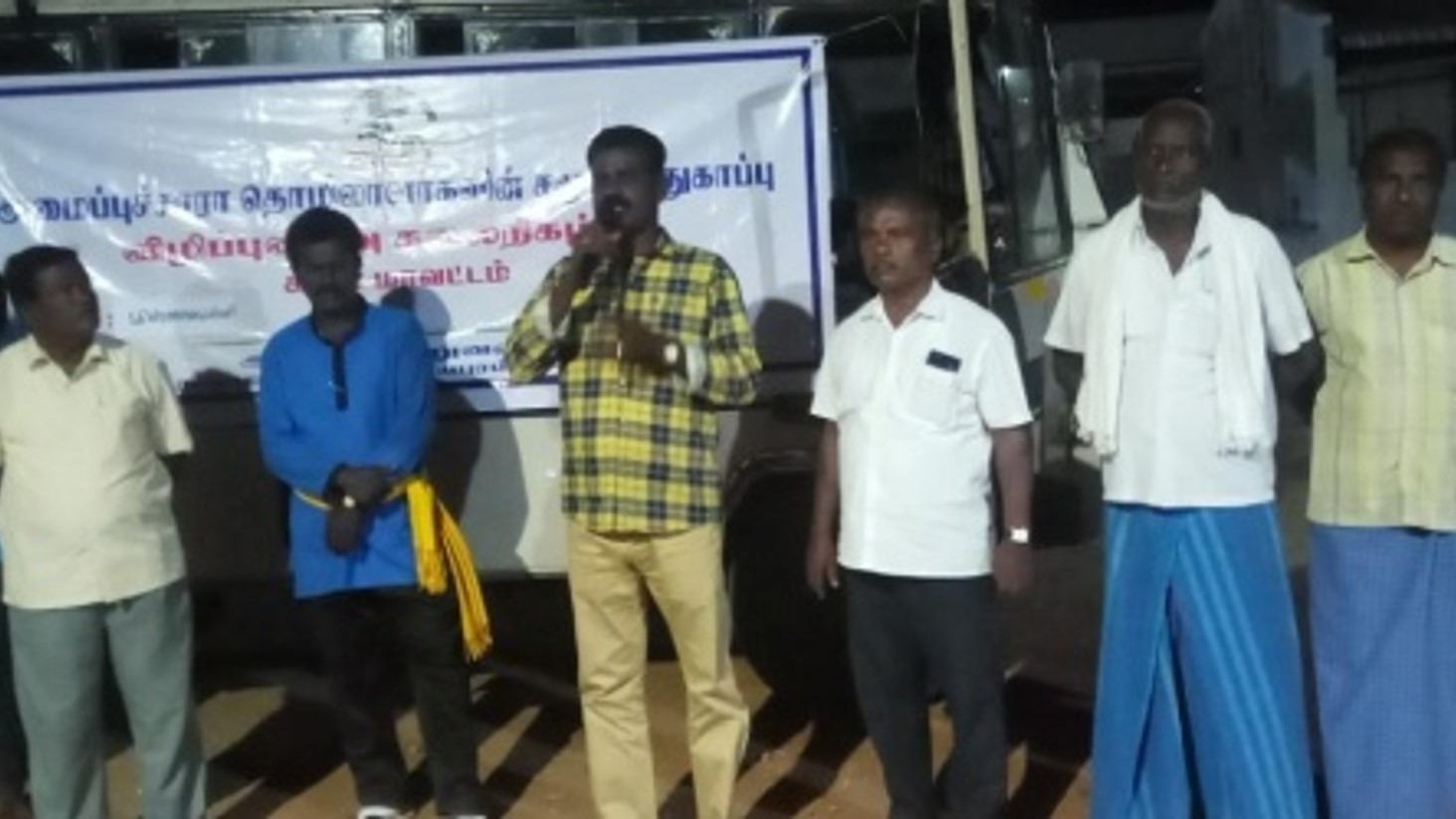 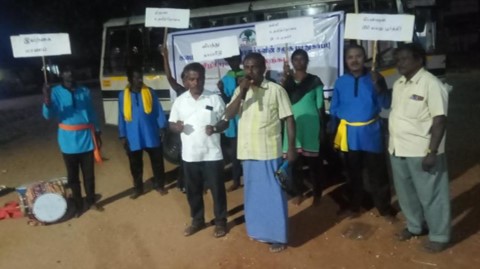 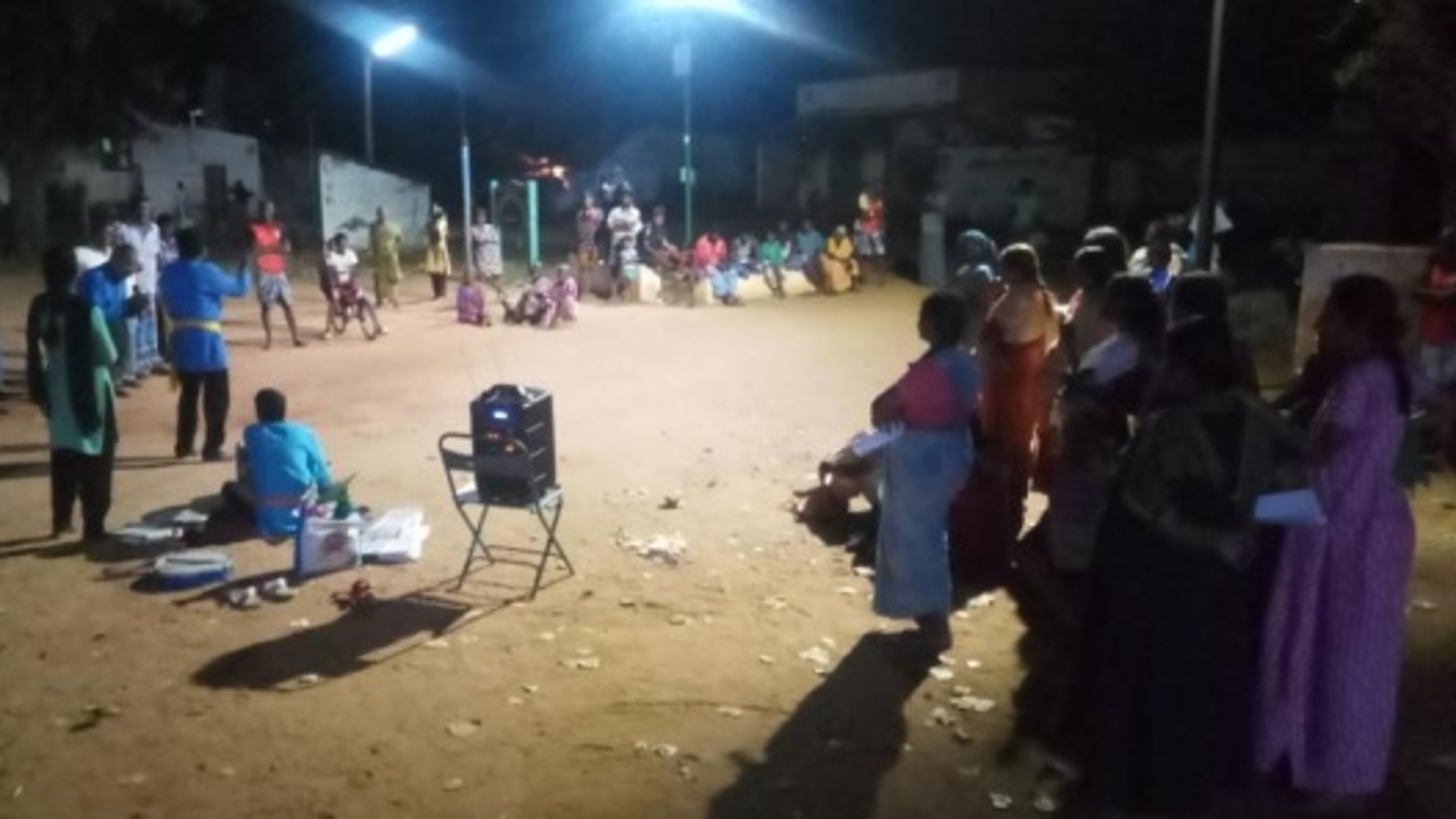 28th FEBRUARY 2022:  Two programmes were conducted on the same day, one in Palayajayangondam of Krishnarayapuram block and in Keeranur of Kadavur block. The members of Sanitary Workers’ Association and the Executive Officer of Town Panchayat extended help in organizing the programme. ID cards issued by the Labour Welfare Board were given to the applicants from Keeranur. It aroused interest in other workers to register their names with the Labour Welfare Board. 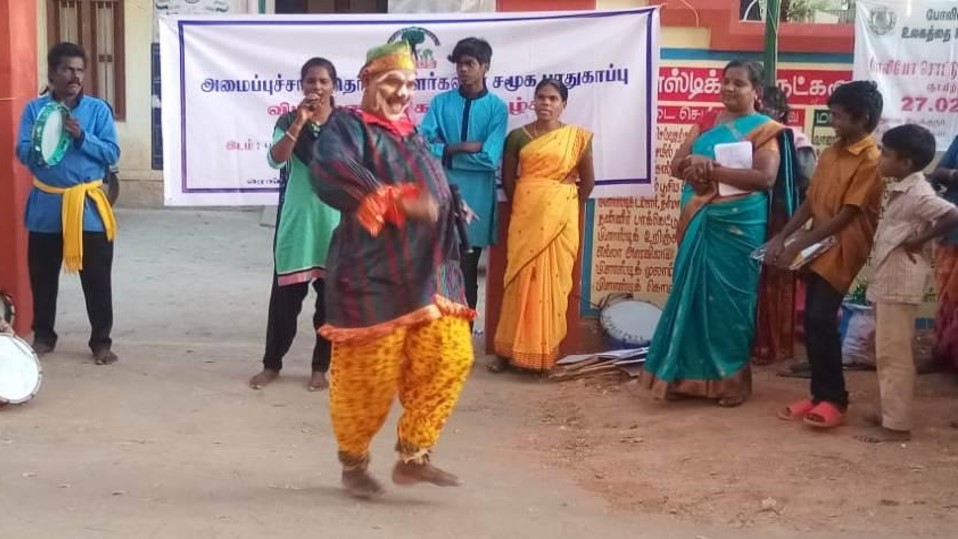 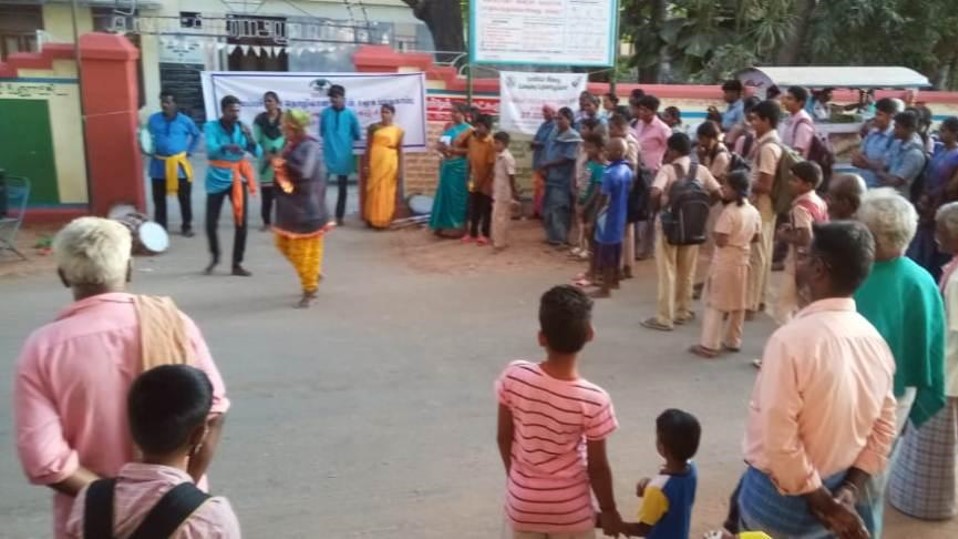 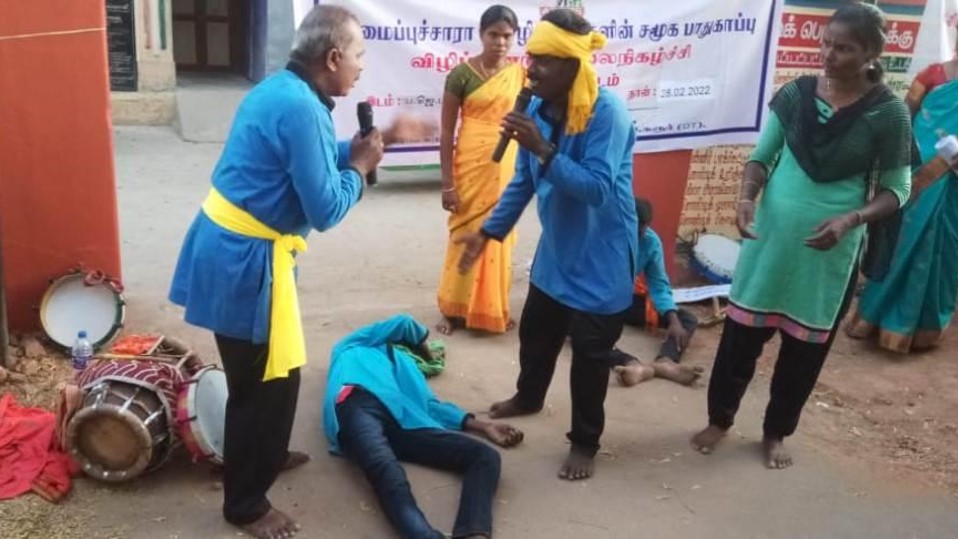 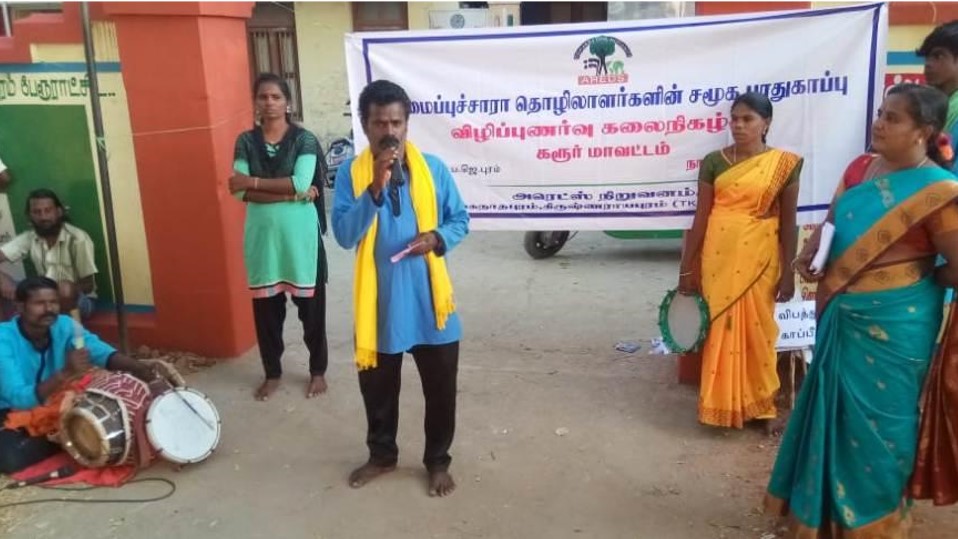 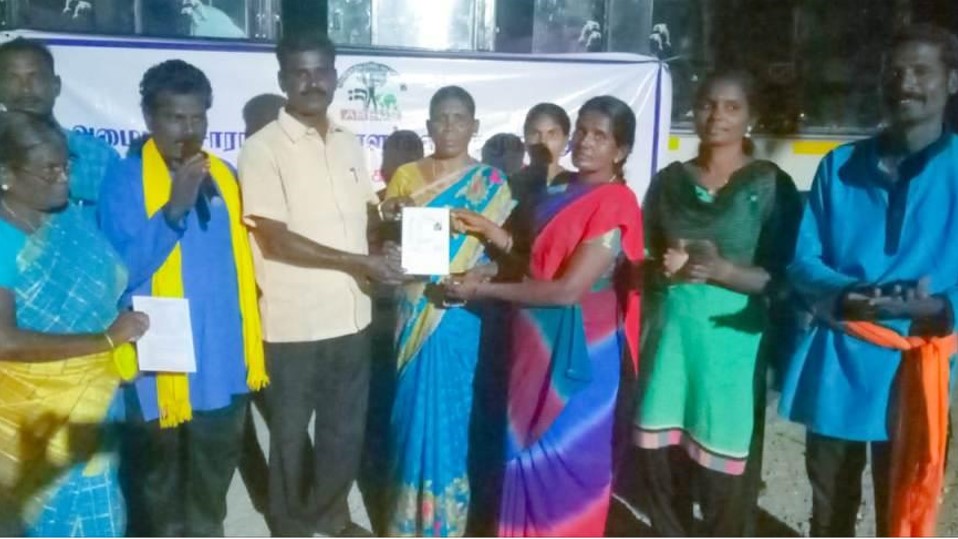 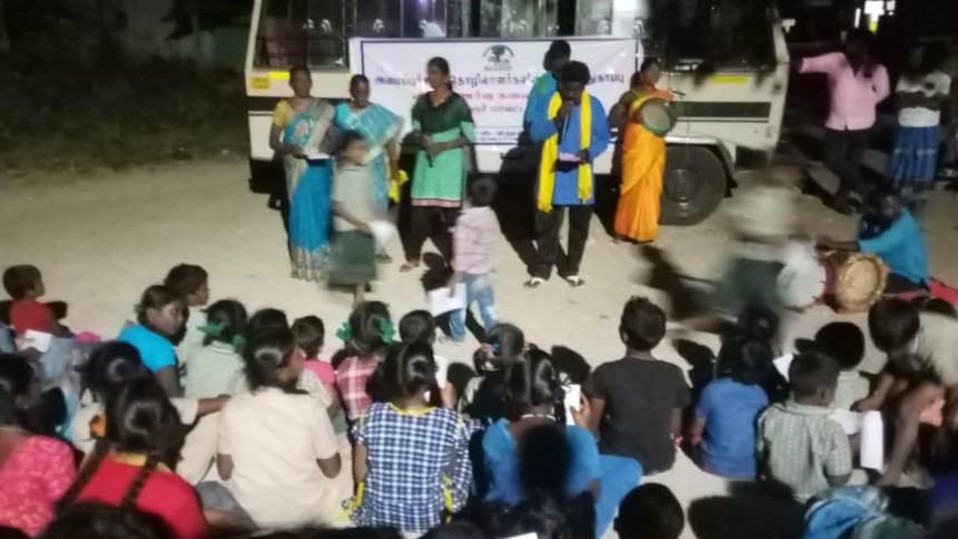 Many of the people, who witnessed the programmes, have expressed their intention to register themselves with the Labour Welfare Board. We also keep in touch with the contacts for facilitating them to avail the benefits of social security schemes